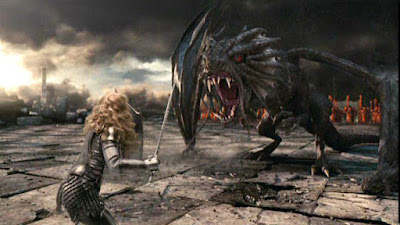 Want to work on your bravery in the face of trauma, challenging relationships, apathy, anything else? Click below and get in touch.
www.arihoffmantherapy.com
Posted by Ari Hoffman at 12:02 AM 2 comments:

3 Ways to Grow Your Bravery - The Prologue


When beginning a private practice the wise psychotherapist will probably open up a few books to learn how to actually build said practice. In some places the old adage of them coming when you build it is probably true. Denver, CO, however is not one of those places. The Denver Metro area is saturated with therapists and a lot of them are very good.

If this entrepreneurial therapist is in Denver he is likely reading in the book about starting a private practice that it is important to choose a niche. The book will suggest something along the lines of: figure out your favorite client and/or that one theme that really gets your heart pounding, or the one topic or diagnosis that really makes you excited. And then use that information as the basis of developing your niche.

I have gone through this niche-finding process time and again, to no avail. This is not because I don’t have favorite clients (“I love all my clients equally”) or because no particular topic lights my proverbial menorah. No, it is because I am fascinated, enthralled, and enraptured by so many things and I thoroughly enjoy working with so many different types of clients – couples, families, parents, adults, adolescents…the list goes on.

I have maintained a strong part time private practice since 2011 and experimented with assigning myself different niches at different times none of them fit and none really speak to my heart. I am well trained and experienced in working with kids, families, couples, trauma, teenagers, and more. My hobbies are airplanes and being in the wilderness. I like reading mystery novels and books about quantum physics. My favorite foods include pickles, barbeque chicken, and pizza with mustard (not usually all at once).

I thought about specializing in traumatized teenaged pizzas on airplanes flying in black holes (advertising slogan: “When your tomato sauce and cheese are being pulled in to separate dimensions, call Ari Hoffman”) but I felt this was a bit too specialized.

Over the course of the last few months as I prepare for full time private practice and business building I have been thinking again about this well-worn question. This time I got an answer. It’s not a population -  it covers almost all of them and it’s not a diagnosis – it’s beyond diagnoses but still relevant to most. The answer that came to me is bravery. I am passionate about bravery.

Posted by Ari Hoffman at 8:08 PM No comments:

3 and a half easy ways to deal with Airsickness 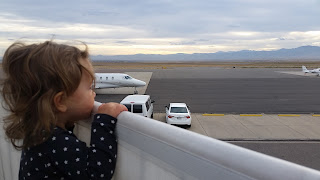 I have been a pilot wannabe since I was about 6 years old and abandoned my train engineer fantasies for dreams of flight. I had my first flying lesson when I was 11 years old and told everyone that I would have my pilot's license before I had my driver's license.

Things did not quite turn out that way.

I still have dreams of flying and take a lesson every year or two. It's all about the persistence.
I also take advantage of any available opportunity to be around airplanes which led me to a season de-icing airplanes at DIA which easily qualified as one of the best jobs I've ever had. Here is a blog about self-love I wrote while waiting on the tarmac in a de-icing truck in the middle of the night.

In spite of my love of flying I often got sick when I would take flying lessons so I learned a few different ways of getting through a lesson without using the inadequately sized sick bag. It was with these methods in mind that I responded to a request by a Readers Digest reporter for tips on how to defeat airsickness. I wrote about 3 and a half easy tips you can use if in that predicament. Read about how you can deal effectively with air sickness in that article.
Posted by Ari Hoffman at 9:32 PM No comments: